College of Science and Technology, Nihon University and
Space BD partnering for a smallsatellite demonstration via a
next generation space station resupply vehicle HTV-X1

Chiba and Tokyo - The Department of Aerospace Engineering, College of Science and Technology, Nihon University and Space BD announced that they have concluded a collaboration agreement on overall preparatory work, including various applications and safety review support for the satellite launch in the smallsatellite deployment mission of the new space station resupply vehicle HTV-X1 by the Japan Aerospace Exploration Agency (JAXA).
This is the first initiative since Space BD's selection by JAXA in October 2020 as the sole official service provider for the smallsatellite deployment service to be performed by the HTV-X1. 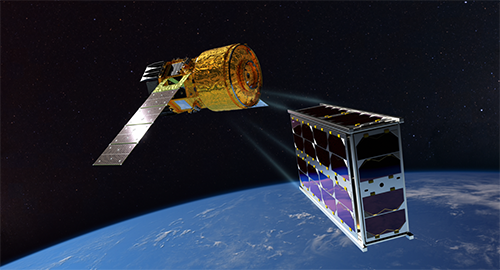 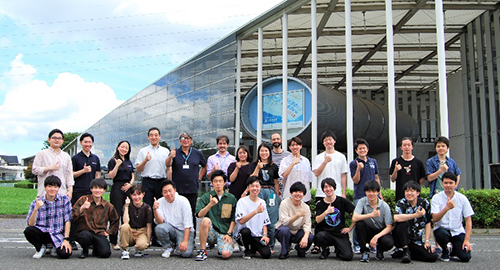 Nihon University began developing smallsatellites following the appointment of Professor Keiichi Okuyama in April 2020.
The Okuyama laboratory started developing a satellite, Ten-Koh 2, with the cooperation of Space BD to load on the first HTV-X. Ten-Koh 2 is a successor to the low earth orbit (LEO) environmental observation satellite Ten-Koh, launched by the Okuyama Laboratory in 2018[1]. Ten-Koh 2 is a samllsatellite measuring about 30 cm x 20 cm x 10 cm and weighing about 12 kg.
Ten-Koh 2 will be equipped with the same high-energy charged particle detectors[2] as Ten-Koh, and will observe the spatial distribution of high-energy particles around LEO. Ten-Koh 2 will carry a new microcomputer with high calculation speed, high storage capacity, and low power consumption. Part of the mission is the evaluation of the tolerance of this new microcomputer for the space environment. If the microcomputer were to malfunction, Okuyama would use the data from the detector for analysis.
In addition, Ten-Koh 2 will observe the earth through a high-resolution camera and establish a new space communication technology using the amateur radio band.
Moreover, Ten-Koh 2 will work on the N.U Cosmic Campus, a mission created in collaboration between the College of Science and Engineering and the College of Art at Nihon University to bring together space and entertainment. The aim of this mission is to have people around the world compose songs and create artwork together, providing an experience as if the world and space are one campus.

Space BD has been selected as JAXA's private partner for four large-scale projects: the satellite deployment service from the Japanese Experiment Module Kibo of the International Space Station (ISS), the Kibo external platform utilization service, the satellite launch service using the H-IIA and H3 launch vehicles, and a high-quality protein crystallization experiment service in the ISS Kibo. Space BD has a cumulative track record of more than 50 launches in the launch service business, including satellites, etc.
As a project with involvement from academia, Space BD will provide full support for the  HTV-X1 launch vehicle based on its accumulated knowledge through its launch services. Space BD will continue to provide more diverse launch methods to users worldwide and accelerate the establishment of a launch service system that can flexibly respond to the objectives and challenges of users who utilize the space environment.
Prof. Keiichi Okuyama worked for the Kyushu Institute of Technology when he launched Ten-Koh in 2018.
There are particles flying around the earth with high energy. These particles, also known as cosmic rays, are still largely unexplored. The measurement of the number of particles in orbit provides essential information for understanding them.

[1]Prof. Keiichi Okuyama worked for the Kyushu Institute of Technology when he launched Tenko in 2018.
[2]There are particles flying around the earth with high energy. These particles, also known as cosmic rays, are still largely unexplored. The measurement of the number of particles in orbit provides essential information for understanding them.

HTV-X is a new unmanned cargo transfer vehicle that will succeed the ISS resupply vehicle HTV, known as KOUNOTORI. The mission of HTV-X is not limited to supplying the ISS. After transporting cargoes and leaving the ISS, the HTV-X can be used as a platform for technology demonstration.
HTV-X is capable of transiting to a higher orbit (up to 500 km) than that of the ISS, which enables it to deploy satellites from a higher altitude. As a result, the orbital life of the satellite can be extended from one to several years, compared to six months to one year for the conventional deployment from the ISS. The first HTV-X launch is scheduled for the fiscal year 2022. 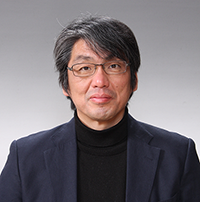 Ten-Koh 2 is very small (30 cm x 20 cm x 10 cm) but equipped with advanced cameras, communications equipment, and microcomputers. In this launch, we will demonstrate these functions in space.
The HTV-X is planned to deliver supplies to a manned lunar orbiting base (Gateway), and humans will continue to develop the Moon in earnest. I look forward to working with Space BD, the College of Science and Engineering, and the College of Arts at Nihon University, as well as collaborators all over the world, to achieve this goal. 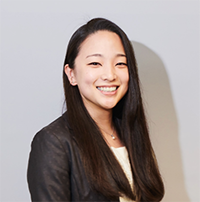 I am very pleased to be partnering with the College of Science and Engineering, Nihon University, for the deployment mission of the first HTV-X. The utilization of the HTV-X is an important initiative for future access to lunar orbit.
While Japan's space development, including access to the lunar sphere, requires further activities in various industries such as academic institutions and the private sector, Space BD is proud to take on this new challenge in industry-academia collaboration with Professor Okuyama and the students who will lead the future development of the space industry. We will continue to work together to deliver the Ten-Koh 2 to space, where it will play an essential role in the space verification of many missions.

■ About Department of Aerospace Engineering, College of Science and Technology at Nihon University

The Department of Aerospace Engineering was founded in 1978 and is celebrating its 43rd anniversary this year. One of the features of this course is to build and fly real aircraft and spacecraft. Linnet No. 1, designed and built by students under the guidance of Professor Hidemasa Kimura, is known as the first human-powered aircraft in Japan. This spirit has been handed down from generation to generation. It has developed into various aeronautical engineering research, including unmanned aircraft, Mars planes, and next-generation gasoline engines.
The department has been developing education and research infrastructure based on satellite development since 2000. Starting with the nano-satellite SEEDS launched in 2008, two other small satellites have been developed and successfully launched and are in continuous operation.
Currently, in addition to Professor Okuyama's Ten-Koh 2, it is also developing a satellite to detect seismic precursors, researching cyclic life support systems in space, conducting artificial meteor experiments, and observing lunar impact flashes. The department provides education and research in aeronautics, space engineering, and space science and trains engineers who can play an active role worldwide.
Professor Keiichi Okuyama has developed the deep-space explorer Shin’en-2 and the low Earth orbit environmental observation satellite Ten-Koh to present. Shin’en-2 was launched on December 3, 2014, by the H-IIA F26, with Hayabusa2 onboard. Ten-Koh was launched on October 29, 2018, by the H-IIA F40, with IBUKI-2 onboard.
The Ten-Koh carries a high-energy charged particle detector. It observes cosmic rays in low Earth orbit during this period of all-time record low solar activity. It also successfully followed the degradation of CFRTP, a carbon fiber reinforced thermoplastic resin, in the space environment.