Space BD Inc. (hereafter "Space BD") succeeded in raising capital of 260 million yen jointly invested from Incubate Fund, Anniversaire Holdings, SMBC Venture Capital and Mizuho Capital, and also 120 million yen debt from Mizuho Bank and Sumitomo Mitsui Banking Corporation, totaling 380 million yen.
Together with the previous investments from existing shareholders Incubate Fund and Anniversaire Holdings, and the loan from Japan Finance Corporation, this latest fund raising amounts to a total investment of 780 million yen in about 2 years since its foundation in Sept 2017 (of which capital increase by third party allocation of 560 million yen and loan of 220 million yen)

■ Purpose of the Capital Raise
Space BD is a space startup company established in Japan on Sept 2017, with the mission of contributing to the development of the space industry through a commercial approach.
Since its foundation, the company was selected by Japan Aerospace Exploration Agency (JAXA) for its first commercialization initiative of space asset, to be the commercial service provider for the satellite deployment service on the International Space Station (ISS)'s "Kibo" Module, and again for the Kibo exposed platform service.
As the only company selected twice consecutively by JAXA, Space BD continues to gain traction in Japan by expanding its business across various domains.
While acquiring orders for space-related businesses both in Japan and from overseas, Space BD will be further advancing its customer-friendly, one-stop launch service supporting all operational aspects, such as project management function standing in between the launcher side and the satellite transportation side, safety reviews, preparation of necessary documents, transportation and logistics.
To meet the growing demand for launching small satellites around the world, there are three options for transportation to space: deployment from the ISS (including deployment from ISS resupply vehicles), rideshare on large launchers, and dedicated smallsat launchers. In addition to the company's main business of the ISS, Space BD intends to expand its business to large and small launchers, and aim to join the world's top companies by maximising the use of Japanese launch options in the global smallsat launch market, which is currently dominated by US and European companies.
The proceeds from the latest capital raise will be utilized mainly for the additional recruitment of overseas sales personnel and engineers to carry out this aim. As a result, Space BD will accelerate its business expansion while taking advantage of its venture company attitude of quick and bold decision-making, which has been the foundation of the company's competitiveness and will continue to actively contribute to further developing the Japanese space industry by maximizing the use of Japanese assets. 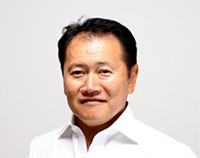 Space BD has built up a broad network with the prominent members of the global space sector in an overwhelming pace, and accumulated a wealth of insight and knowledge. And above all, it's the effort of the team centred around Mr. Nagasaki being fully committed to the space industry, which continues to make great achievements.
As one who shares the same aspiration to create a new industry, we will to provide full support for the development of the Japanese space industry. 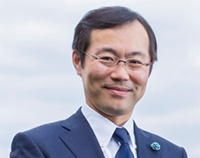 This is our second investment following the previous round in April 2018. We have been closely following Mr. Nagasaki and his team even before he founded Space BD, and we regard very highly of the company's rapid pace and the ability to deliver in the past 2 years. We will continue to support Space BD's goal to become a company that represents Japan to the world.

Space BD is a team where its main strength lies in the overwhelming speed and sales force centered around its president, Mr. Nagasaki. While the private sector's space business is expected to expand rapidly, I feel that it is essential to have a player who can provide engineers with an environment where they can concentrate on their development activities as a one-stop service. I am confident that Space BD will make a leap on to the world stage as a company that will play a central role in the space industry. 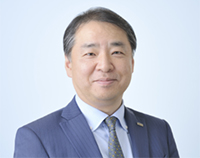 With the technological innovation and downsizing of launchers and satellites, there are significant business opportunities for the future Japanese space industry. For Japan to compete against the world's big players in this field, and grow further, the presence of an entrepreneur like Mr. Nagasaki is indispensable. Mr. Nagasaki is a very charismatic manager who is full of vitality and has the ability to captivate people.
Mizuho Capital will continue to support the future growth of Space BD, a “general business development company in space” that Mr. Nagasaki has created with his excellent team and will contribute to the development of the space industry. 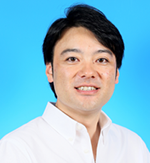 To further develop the space industry, we believe there‘s a need for a dedicated business development entity that takes over the time and effort for sales and marketing from those working on the actual technology development and sell the resultant product in a wider market. Since our foundation, our mission is to contribute to making Japan's space industry a world leader, and we have been building up our business in the aim to become the top business development entity in the space sector. Particularly in space, the "final frontier of humanity", where there is no precedents or known solutions, I believe it's not a matter of whether you can or cannot, but it's about being determined to do something and following through with it that opens a new path.
The additional investment from our existing shareholders Incubate Fund and Anniversaire Holdings who have been supporting us since our foundation, the new investments from the two prominent Japanese mega-bank capitals, SMBC Venture Capital and Mizuho Capital, and furthermore, the loan from Mizuho Bank and Sumitomo Mitsui Banking Corporation are all very encouraging and I am truly grateful for their support. We will continue our endeavour with even more speed, commitment and determination.

Inquiries regarding this press release